Last week I gave you this mystery object to get your input on: 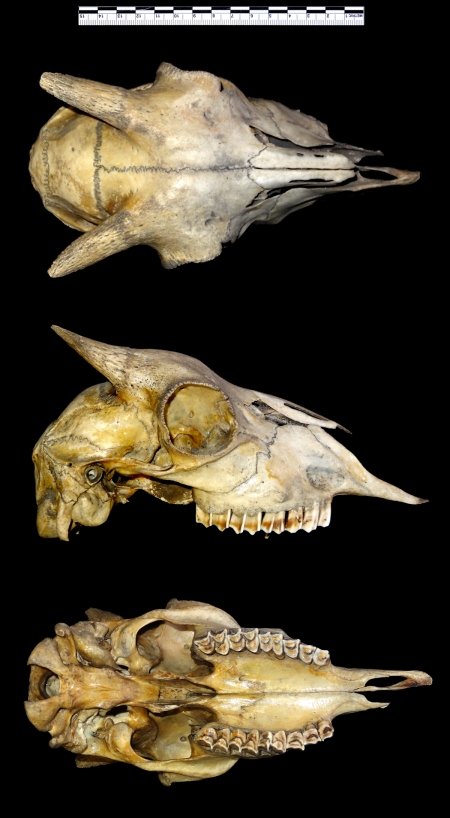 It was labelled Ovis aries, which didn’t ring quite true for me, so I thought it would be good to see if you also had other ideas, since I’ve noticed that there is a tendency for ungulates of a certain size in museum collections to be assumed to be Sheep.

In other museums I’ve found female Red Deer, Gerenuk and on one occasion even a Badger skull that had been labelled “Sheep”.

Labelled “Sheep” but actually a Gerenuk. 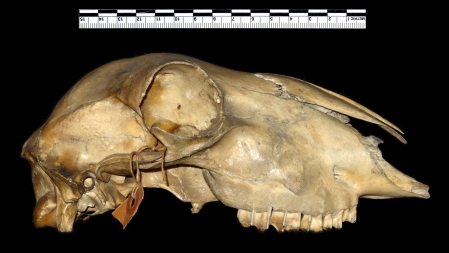 You’ll probably notice the “Roman nose” that is quite distinctively sheepy, it also has no gaps between the premaxilla and maxilla and there is a small depression in front of the eye.

When you look underneath, one of the key things that jumps out is the difference in size of the auditory bullae (mystery on the left, sheep on the right): 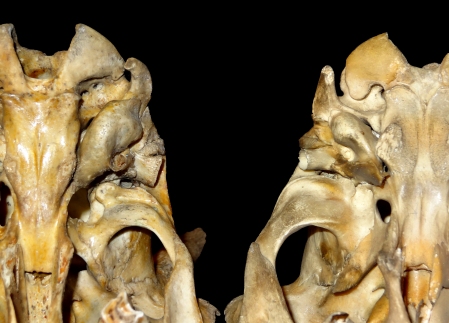 So I’m pretty sure that the mystery object isn’t a sheep, but what is it?

There were lots of suggestions of exotic and interesting ungulates, but after looking at the skulls of a huge number of ungulates I can to the conclusion that Latinka Hristova and Jake were on the right track with the simple suggestion of Goat Capra hircus (Linnaeus, 1758).

Taking a look at Goat specimens on the incredibly useful Mammalian Crania Photographic Archive has convinced me that this is what the mystery object actually is. Not a million miles from Sheep I suppose, but they are different and it’s helpful finding some small differences that help distinguish between them.

Thanks for your input!