Last week I gave you this skull from customs to have a go at identifying:

The long horns rising in line with the plane of the face are a distinctive feature of the genus Oryx, which most of you spotted straight-off.

However, after that it gets a bit more tricky, not least because there are several species of Oryx and within the species there are different subspecies and populations from different parts of the African continent.

The first species that’s easy to rule out is the Scimitar Oryx, O. dammah since they have strongly curved horns which don’t diverge as much as this specimen. This species is currently extinct in the wild and individuals only survive in captivity.

Next up is the Arabian Oryx O. leucoryx which used to be extinct in the wild, but which is one of the few species to have become reestablished in the wild by captive breeding and release programmes. This is the smallest Oryx and the mystery specimen’s horns are way too long to be from this species. 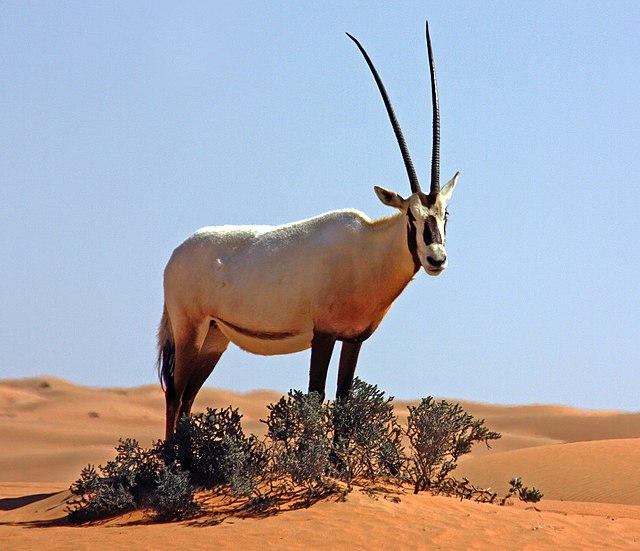 Getting to the more likely species, there’s the East African Oryx, which either has a couple of subspecies or is two different species – the Common Beisa O. beisa, which is endangered and the Fringe-eared Oryx O. callotis, which is threatened. The other possibility is that it’s a Gemsbok O. gazella, which is still doing well in the wild. 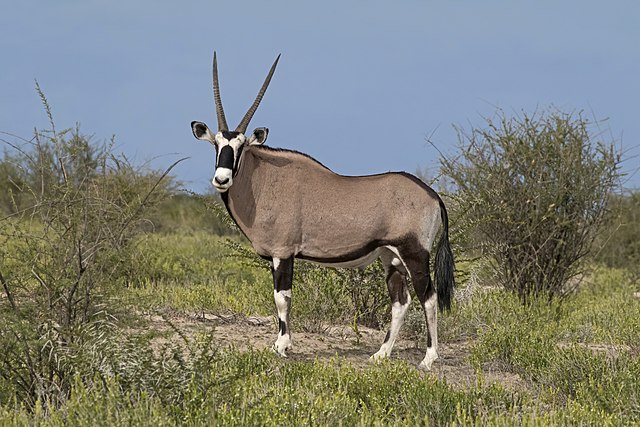 As you’ve probably worked out, part of why customs are interested in knowing which species this specimen belongs to is knowing what level of protection it has under CITES, should they need to pursue a prosecution. Regardless, the specimen was seized because it wasn’t properly prepared and it entered Ireland without the appropriate information.

Of course, differentiating between the Gemsbok, Beisa and Fringe-eared Oryx using only the skull is tricky (and even harder if you only have photos).

Fortunately, there is literature that can help, with measurement ranges for certain features, like horn length, distance between horn tips and number of rings on the horn. Of course, these are only indicative, but they offer a guide to most likely species. Ungulate Taxonomy by Groves & Grubb, 2011 has a handy table of these, which I used to narrow down the options to just one – a population of Gemsbok Oryx gazella (Linnaeus, 1758) from the Nata River in the northeastern region of Botswana.

Of course, DNA sampling can offer a more certain diagnosis these days, but only if there is a good quality reference sequence to compare against and it assumes there is the equipment and expertise available to do the sampling and analysis. This is why identification from morphology can still play an important role in managing wildlife crime.