Last week I gave you this mystery tooth to have a go at identifying: 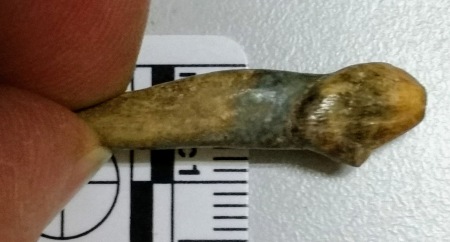 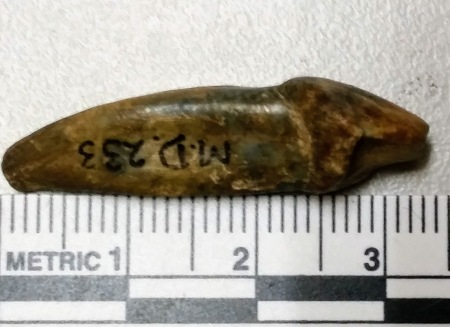 There were a variety of answers, but the first few took this as a worn canine tooth, presumably due to the respectable size and robustness. However, consensus shifted to this being an incisor, meaning it would have to be from a large animal – which is spot on. Moreover, it’s a large animal that was once resident in Ireland.

After that there were a variety of ideas brought up, from all manner of beasts including Sheep, Badger (or perhaps Pine Marten since a cryptic M.m. from the Irish fauna could be either Meles meles or Martes martes), Cave Bear, Coyote, Wolf and even Human. There was one just correct identification however, by Tony Morgan who recognised it as a Hyaena incisor.

It is in fact the lower left third incisor (or i3) of Crocuta crocuta (Erxleben, 1777) – the tooth you can see in this (very gnarly) Hyaena mandible, although it’s much less worn: 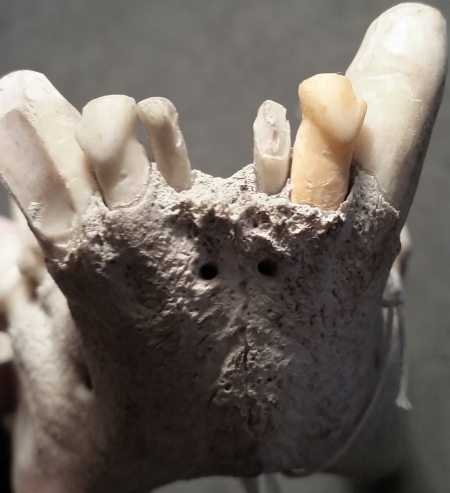 Hyaenas have an incredibly thick enamel layer on their teeth which creates a distinct neck on the incisor where it stops, which is further defined by the root of the tooth bulging laterally below – presumably to help deal with the forces of prey capture and perhaps the Hyaena’s impressive bite strength. 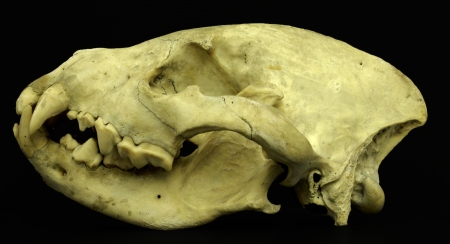 The robust skull of a specialist bone-crusher

You probably don’t think of Hyaenas as being native to Ireland, but until 39,000 or so years ago they ranged right across Eurasia, including those parts of Europe which were to be cut off by changing sea levels to form Ireland and Britain.

It’s strange to imagine a species normally associated with the African savanna strolling around the Emerald Isle, but it’s worth remembering that the world is a constantly changing place and wildlife moves around to cope as the environment alters. Borders and boundaries are very human concepts and other species only pay attention when you have a genuine barrier, like an ocean, a mountain range or (if you’re a Dormouse) a break in the tree canopy.

That’s one of the problems with current climate change compared to past climate variations. The speed of change is so great that some species don’t have time to move into new habitats and there are fewer suitable habitats available, because humans have cleared them for farming or building. Meanwhile, some other species can find suitable habitats and are able to move – but they will then often be considered an invasive pest. Now  the chances of Hyaenas returning to Ireland are pretty slim, but if they did I expect most people wouldn’t be too pleased, although you never know… 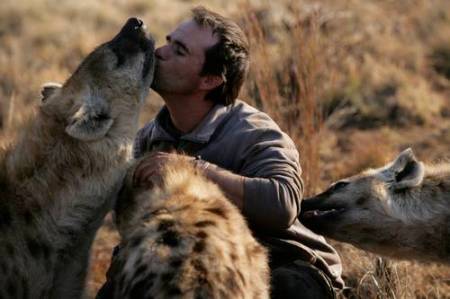