Last week I gave you this very unusual object to identify: 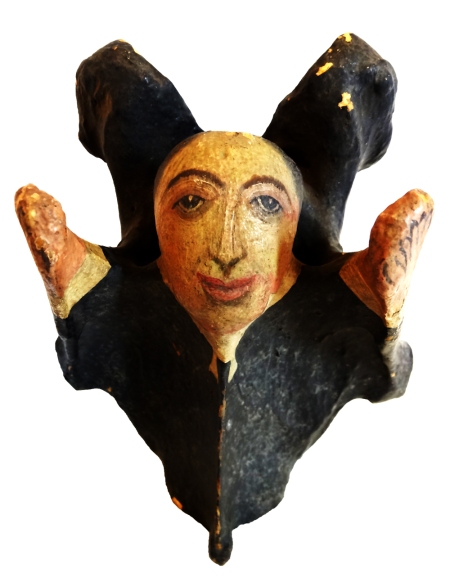 Plenty of you recognised this as a vicar of some sort, painted on the cervical vertebra (or neck bone) of a large mammal. There were some great ideas from neanth, Lewis Thompson, henstridgesj, Ze-Jeff, Jake, ermineofthenorth, Carlos, Daniel Jones, andy J, Natasha and Daniela.

In particular, Daniel Jones made some very interesting observations about which vertebra from which animal, while Tony Morgan managed to identify the preaching subject.

It seems that this object is a cervical vertebrae from a Heavy Horse (by which I mean something like a Shire-horse, not just a greedy nag). Looking at the relative proportions and the angles of the processes I think it’s probably the 4th cervical vertebra.

Meanwhile, the subject of the piece appears to be John Wesley, co-founder of the Methodist movement in the 18th Century. Apparently this sort of British folk depiction of John Wesley (and his brother Charles) was quite common in the late 18th and early-mid 19th Centuries, and there are several examples online (1, 2, 3).

Finally there is a bit of a mystery attached in the form of  a label: 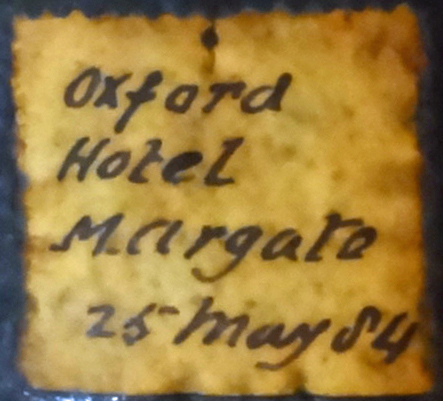 The date is written without the century, which is  a problem in collections that can be well over 100 years old. This could be from 1984 (unlikely), 1884 (the year Horniman started showing his collection, or 1784 (one of years in which John Wesley was active).

The handwriting looks familiar to me, so I’m going to go for 1884 and assume that this is a label that was added when the object was collected by Horniman, rather than it being a label added by the person who painted the vertebra – after all, who adds labels like this to their handiwork?

I hope this provides a good reason for why you should always write the year in full if you work in a museum.