Last Friday I gave you this rather interesting looking object to identify, preferably using a rhyme:

Believe it or not the photographs show either side of the same object – on one side it just looks like a rugose lump and on the other it shows a rather nice natural spiral.

Aside from some great humorous comments by 4utu and Henrik Nielsen, there were some of you who worked out that this is the operculum from a marine snail and even managed to explain that in rhyme – so very well done to Barbara, Chris and especially Lee Post who upped the ante by writing a full verse:

oh purr Q lum from foreign shores
possibly from a near ites door
side door -back door does not exist
main door -strong door , built to resist

Flick Baker went a step further (taxonomically) by identifying that this operculum is from a snail in the genus Turbo with the rhyme: “Gives your engine serious puff, even when she’s running rough“. 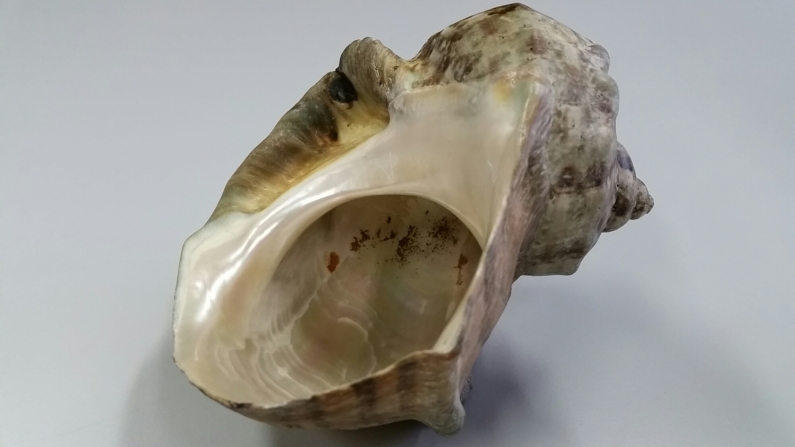 The operculum is a part of many snails that is often forgotten about – it forms a protective trapdoor that the snail closes behind itself when it retreats inside its shell (‘operculum’ means ‘cover’ or ‘lid’ in Latin). This trapdoor helps prevent desiccation in land snails and helps protect against predators in marine snails.