Last week I gave you this unwelcome visitor to have a go at identifying: 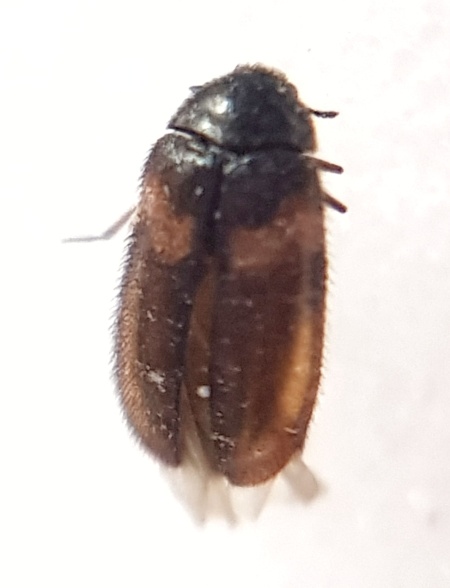 It’s a type of beetle – so a member of the Coleoptera or “sheathe wing” as palfreyman1414 pointed out) – in the family Dermestidae (as Wouter van Gestel intimated) and the species is Reesa vespulae (Milliron, 1939) as Tony Irwin hinted at with his cryptic clue:

Sometimes attached to a mogg, this seems to belong to a diminutive scooter

There were several other nice cryptic suggestions in the comments section, plus some on Twitter, so very well done to everyone who worked out what this was.

The species gets the name vespulae from its affinity with wasp nests, where it feeds on dead wasps and the scraps of insects that the adult wasps feed their larvae, so they’re sometimes called the Wasp-nest dermestid. 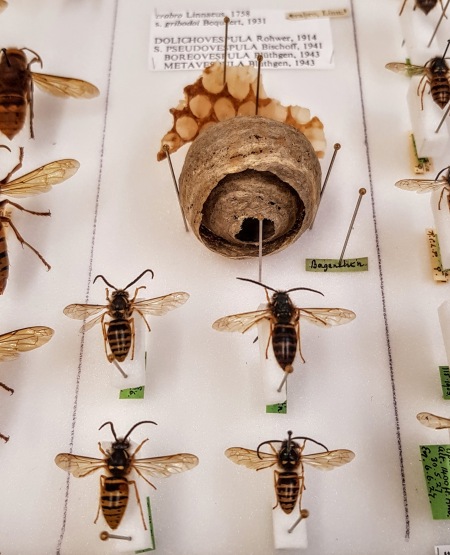 The natural target of Reesa vespulae

These tiny beetles can strikes terror into the heart of a museum curator, since they are well adapted to feed on dried insect remains (of which we have huge numbers making up our collections) and they are parthenogenic – meaning that they reproduce without mating (only females of the species are known) and just one individual is all it takes to create a full-blown infestation.

You can tell them apart from some of the other dermestid beetles (many of which are also museum pests) because they have ‘hairy’ elytra (or wingcases) with a lighter coloured patch on each of their ‘shoulders’ (they’re not shoulders, but you probably get what I mean).

If you find one of these wee beasts in your collection, be afraid – be very afraid!