On Friday I presented you with a skull to identify:

I thought this would be suitably tricky, but achievable. Right enough, there was a wide spread of answers, but the correct answer got the most votes – it is indeed a Roe deer. So well done to those who got it and commiserations to those who didn’t.

Artiodactyls can be hard to tell apart if they are without horns or antlers, since their skulls are similar in shape and they have similar dentition (particularly characteristic is the lack of upper incisors). However, there are a few features to look for.

Looking at the list of possibilities I gave, the first question should be, does it have horns or antlers or a place where horns or antlers would grow from? If it does it is either a male deer or it’s a goat or sheep. This does, so it’s not a female deer, llama, camel, sheep or horse. (N.B. some sheep and goats don’t have horns and female reindeer do.)

Next, does it have horns or a horn core (a tapering piece of well vascularised bone that secretes the horn) or does it have antlers or a pedicle (a flat-topped piece of bone that the antler is fused to as it is secreted by highly vascularised skin, called velvet)? Horns are characteristic of antelopes and cattle, whereas antlers are only found on (some) deer. This has a flat-topped bone pedicle for antler growth, so it must be a deer of some sort (but not a Chinese water deer, because they have large canines for fighting, rather than antlers).

Now identifying deer can be tricky if they don’t have their antlers – and even if they do have antlers it can be difficult because they can vary considerably within a species. However, size is a bit of a give-away when you have a limited range of choices available. Here are some measurements I took from Will’s Skull Page:

So all you need to do is take a look at the scale on the image and you can see that the skull is about 20cm, which makes it most likely to be a Roe deer.

My next question was a bit more advanced – how old was it when it died? There’s a lovely section about how to do this on Jake’s Bones (an awesome blog by a junior bone geek) and there is an even more comprehensive guide here. As you can see from this image, the third molar (at the back of the jaw) is just begining to erupt:

which means it is less than 18 months old, but since the second molar is fully erupted it must be older than 6 months. The third premolar (the middle tooth) is quite worn, but it has three cusps rather than two – so it is a milk tooth that has not yet been replaced:

All of this leads me to conclude an age of about 1 year, which fits very well with the date on which this animal was collected, given the narrow range of birthing dates for Roe deer in the UK. Of course, it’s pretty hard to be that accurate using these techniques, so it’s unsurprising that you identified a spread of ages: 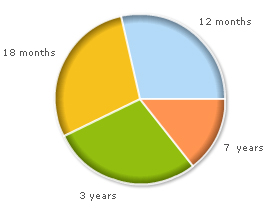 Still, it is heartening to see that most people went for an age of 12 or 18 months, which is pretty impressive detective work!

I will be at the SVP conference this week, although I hope to still be able to post a mystery object on Friday. Perhaps something other than a skull?