Last week I gave you this large-eyed specimen to have a go at identifying:

I suspected that you’d work out the family and perhaps the genus, and I was not wrong. On Twitter there were lots of correct suggestions and Hilary was straight in on the blog comments with a nice pun, followed by various ankle related clues from jennifermacaire, Rémi, salliereynolds, Allen Hazen, katedmonson and palfreyman1414. This is indeed a tarsier in the family Tarsiidae – their name relates to the elongated tarsal bones in the foot and ankle (see arrow) which elongate the legs to help with jumping between branches in pursuit of prey:

There are a lot of species of tarsier, many of which require genetic data to tell apart – unless you know where they’re from. That’s why I gave you this clue:

Of course, as far as clues go it’s a bit of a mean one, since a place with this name doesn’t exist now – or ever – from what I can tell. It seems that this is a typo of “Banka Island”, which isn’t simple either since there are two Banka (or more commonly Bangka) Islands in the East Indies, separated by over 2,000 km:

This means there are a couple of possible collection localities, which have different tarsier species present: 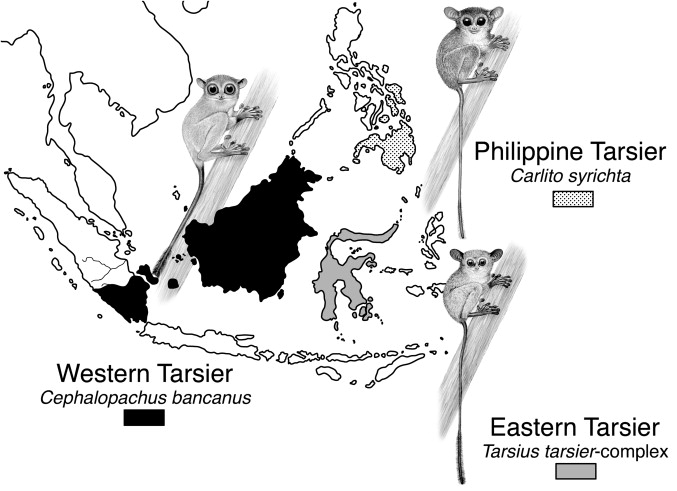 Distribution of the three genera of tarsiers in southeast Asia. Drawing by Stephen Nash

Rémi and katedmonson suggested that the specimen could be Cephalopachus bancanus (Horsfield, 1821). The collection locality on the label would certainly fit the species, which was first collected by Horsfield from a place called Jebus on the Sumatran Bangka Island. But does the morphology fit?

After trawling the internet for reference images and trying to assess details like the straightness of the suture between the parietal and frontal bones, the angle between the orbital ridges (and therefore the size of the orbits), the post orbital constriction and the degree of ‘pinching’ of the nasal bones, I think that they’re probably right. So well done for working out this very tricky mystery object! 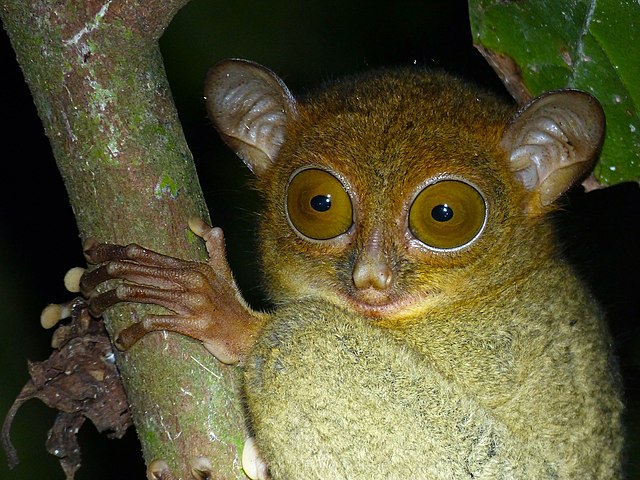