This week I have a skull for you to have a go at identifying: 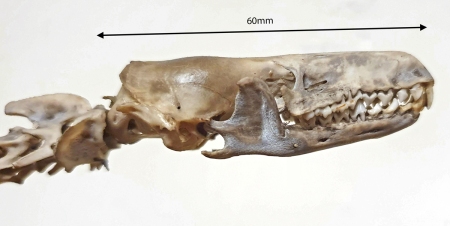 Just the side view this time as the skull is still attached to the rest of the skeleton, which I think might make it a bit too easy.

Any idea which species this skull comes from? As ever you can leave your thoughts, questions and suggestions in the comments below. Have fun!