Last week I gave you this skull to have a go at identifying: 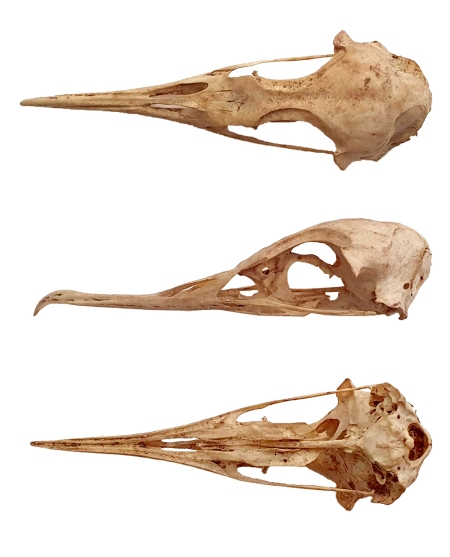 I thought it might be an interesting one, as it’s not from a species that often pops into my mind and I’m not sure I’ve ever seen one alive.

The depressions in the bone above the orbits tell us it’s a sea bird of some sort, as those are where the salt glands used to sit when it was alive. If you’re not familiar with salt glands in seabirds, I talked about them on the blog about 10 years ago (where does the time go?)

It has a very narrow and fine bill with a distinct hook at the end, which rules out the gulls and terns. Mergansers have a similar bill shape, but the rest of the skull is very different in shape and size. Cormorants and shags also have a similar bill shape, but unlike the mystery bird, their salt glands are located in their nasal region, so they don’t have the scars above the orbits.

Some of you were thrown by that cormoranty look, but a lot of you recognised this as being a small member of the petrel family. It’s a Manx Shearwater Puffinus puffinus (Brünnich, 1764) as spotted first by Hilary. 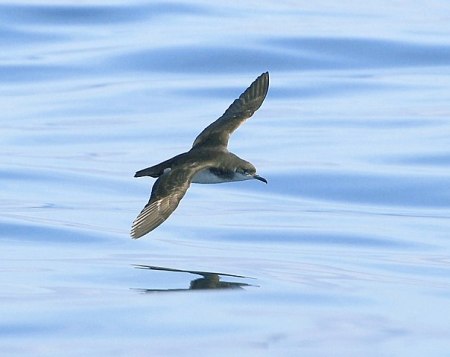 These seabirds, with an English name taken from their breeding colonies on the Isle on Man (although they do breed elsewhere), are part of the same Order as the albatrosses. Despite being much smaller, they are also entirely marine, using their excellent sense of smell to find food over large distances over the water. This explains why you’re unlikely to see one unless you get to visit a breeding colony or happen to spend a lot of time at sea. When on land they aren’t that easy to spot either, since they nest in burrows – rather like Puffins.

Well done to everyone who worked it out, and if you got caught out by the cormorants, just remember that tip about the salt gland positon.