Last Friday I gave you this mystery object that came up at a natural materials identification course that I delivered at the Royal Albert Memorial Museum in Exeter last week: 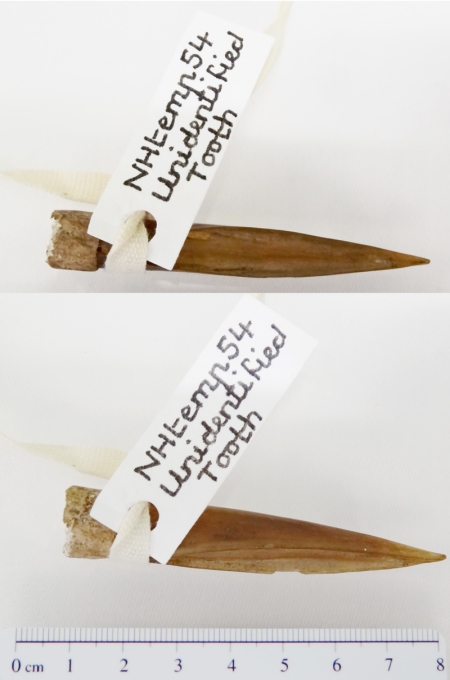 There were a variety of suggestions as to what it might be, but everyone (correctly) discounted the information on the label that it was a tooth.

There were some suggestions of wood and ivory, but there were two suggestions which were definitely in the right ball-park. Daniel Calleri suggested it might be something fishy, while Krista got it pretty much spot on when she suggested a dorsal barb from a skate or ray.

I’m pretty sure that it’s the spine from the leading edge of the first or second dorsal fin of a Spurdog shark in the genus Squalus Linnaeus, 1758.

These turn up every so often in collections, sometimes as decoration, sometimes as items found in Native American middens. Presumably they’re composed of keratin, which is a commonly occurring structural protein in vertebrate skin that can also form hair, horn, scales and claw.

Thanks for all your comments and well done to Krista!