On Friday I gave you this object from the Horniman collections to identify:

It’s fairly obvious that it’s a claw, but the question is what is it a claw from?

This claw was originally identified as being from a big cat of some kind, but it isn’t the right shape. A big cat claw has a thicker body with an acute sharp point – as with this Tiger claw: 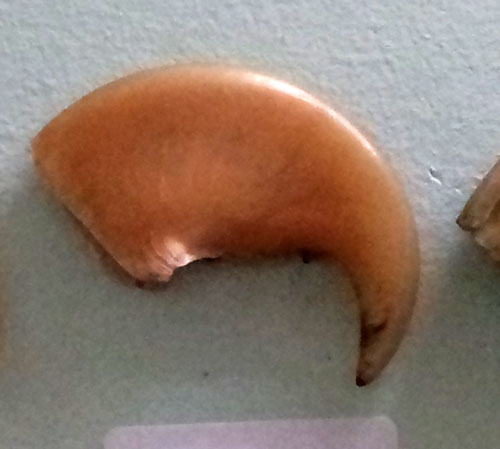 Although different from the Tiger claw, the mystery claw has several similarities – mostly the fact that it’s laterally flattened. This suggests it’s from a mammal since birds have more rounded talons, as mentioned by henstridgesj. The mystery claw has a strong and long curve, that looks like an adaptation for climbing. The large size narrows it down to just a few possibilities and the little bump in the middle of the inside edge is quite distinctive.

There is a handy picture with a variety of claws that Carlos G found, which proved to be useful: 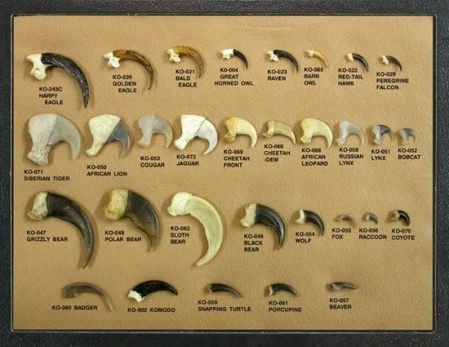 Robin and Carlos G managed to get it down to the right family and palaeosam and henstridgesj identified it to species. It’s the claw of an American Black Bear Ursus americanus (Pallas, 1780).

Black Bears are remarkably adept at climbing trees using these impressive claws as crampons to grip into the wood. Here’s an idea of how they use them:

Pretty remarkable for such large animals, where bigger males can weigh 250kg. That’s why climbing a tree to escape a Black Bear is a really bad idea – they’re much better climbers than people.